Due to the critical importance of pornography in queer culture, pornographic fantasies explored may be uncomfortable or questionable.

I have seen these things include: incest, sexual assault, sexualization of teenagers and (albeit ironic) nazi fetishization. Nothing on this webpage will contain these things!! But if you look into queercore media on your own or follow link rabbitholes, you might come across it.

Furthermore, it's important to remember that people involved in the queercore scene are not a monolith- It is a movement not defined by any one (or even a handful) of people.

The artists and bands that make up this movement do not all have the exact same politics and personal ideologies.

In the 1980s, there was no space for gay punks. You were either too gay for the punk scene or too punk for the gay scene, but there had to be more people like you out there somewhere, right?

A couple Toronto punks thought so, which led to the creation of the zine J.Ds. In it, G.B Jones and Bruce LaBruce wrote about a made-up subculture called "homocore" (later changed to queercore to be more inclusive), a movement of gay punks who made music, zines and films. The zine spread widely, and young punks looking for community had no idea the movement was fabricated. As a result, kids starting participating, and Queercore was born. Bands started to pop up everywhere, and they haven't stopped since.

Over in the United States, Larry-Bob, creator of the zine "Holy Titclamps" had the same idea- As did the legendary Vaginal Davis, who created the zine "Fertile La Toyah Jackson" (named after her close friend).

The movement rejected assimiliationism, the idea that gay need to make themselves palatable to straight people in order to gain civil rights. It instead embraced being a weirdo freak and wore it like a badge of pride. They leaned into stereotypes about being evil and sinful, deciding that those accussations actually sounded very cool. They made it their home. They also rejected exclusion of any kind in their spaces- Gay men, lesbians and transgender people lived together and created art alongside each other. While still having the problem of being mostly white, they also rejected racism and welcomed diversity. Over the decades, more bands led by Black and brown muscians rose to prominence.

Queercore has evolved, branched and shifted in places, but the movement is still alive today. Maybe you'll make some Queercore art, too. 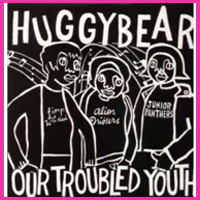 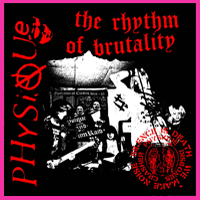 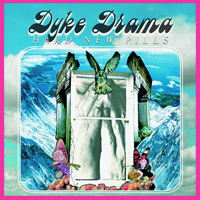 Have bands you want me to add? Email me at truebuggy4@gmail.com