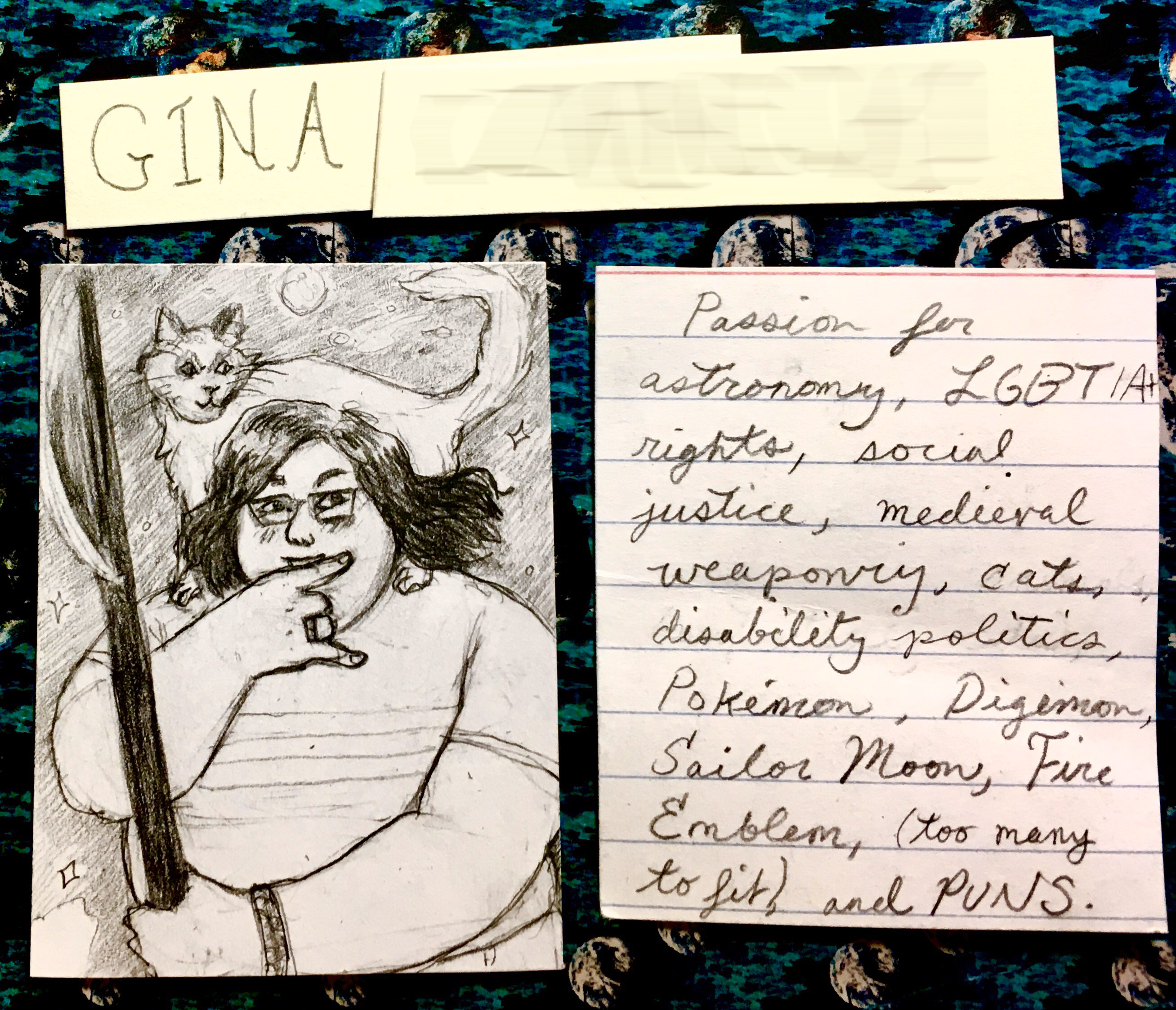 Gina was known for the way they could make anyone feel appreciated and included. They were someone who understood the feeling of being alienated and mistreated, and so they did everything in their power to make sure that didn't happen to anyone else. After they passed away, even people who only met them once or twice would talk about how Gina made an effort to include them in conversations and give them space to talk about how they felt. People who didn't know them very well told me about how they cried when they heard the news, and it struck them how big of an impact Gina had made on their lives.

They were a genuine and witty person, renowned for their limitless jokes and their contagious laugh. No one appreciated a good pun like Gina, who started calling themself the "Pungeon Master" as a teenager.

Gina was a very social person and had a lot of close friends. These friends continue to keep Gina in their hearts every day.

Their life was hard and never stopped being hard until the very end, which haunts me more than anything. They had a tendancy to put other people's needs before their own, partially because they were very put-upon by their family. They struggled with poverty and invisible disability. They were planning on going back to college to become a school librarian, but they never got the chance. They would have been amazing at it. Gina was very good with kids and had been working in Elementary schools for a few years, where they were absolutely adored by the kids they supervised.

Gina was exceedingly smart and amazed everyone they met. They were an avid reader and loved to study science, history, english and radical politics. They always helped me when I needed it, and they edited most of my school essays (I wish they could edit everything I'm writing for this webpage). They were honest, level-headed, reliable, jovial and deeply loved. They were also my other half, and life feels empty without them here. I will never be the same, and I don't want to be.

I understand that the things I'm saying about them might sound like hyperbole. They aren't. No one was like Gina. No one who knew them would disagree with me. They were brilliant and my best friend. 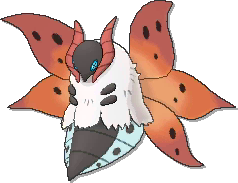